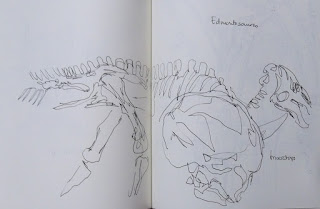 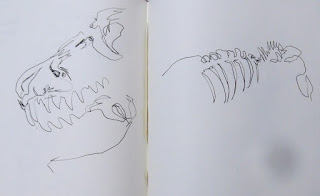 A series of quick sketches of reconstructed dinosaur skeletons in Oxford. All those knobbly bits make Eddy, Trike, Iggy and Rex tricky subjects, especially with children in tow. 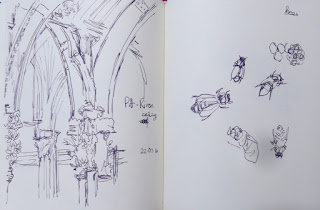 The ceiling arches were an easier subject because they were drawn from the café (more time) and bees are smaller and simpler than dinosaur fossils. They did move, though; the Pitt-Rivers has a glass-sided hive (I'm so glad the dinosaurs didn't move!)